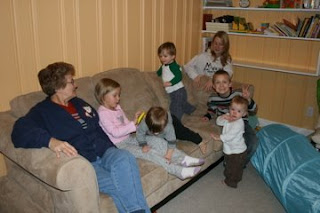 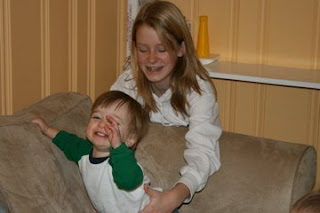 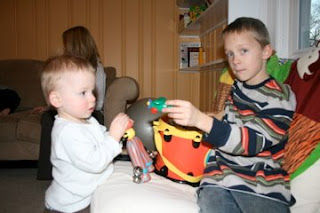 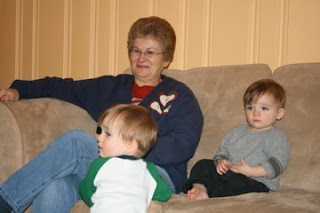 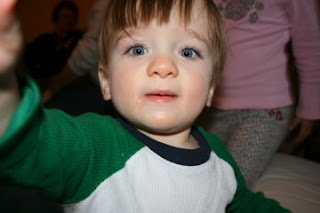 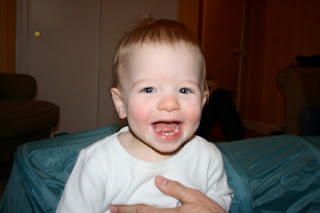 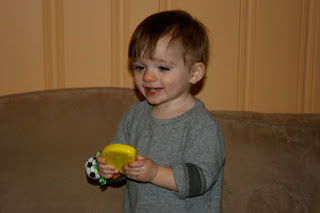 This is the first time we hosted Thanksgiving. To celebrate, the boys invaded the boy-free zone with Nanna, Poppy and Poppa to watch their first football game. (It was the Cowboys, in honor of Jim and Mi Jung's new hometown, so that made it okay...) 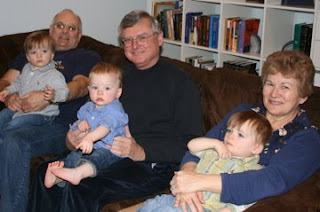 The boys watching the game in front of the fire...not a bad life... 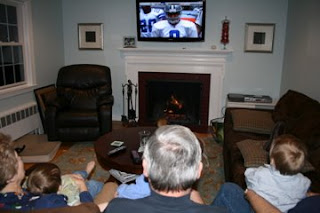 The feast with Grammy, Poppy, Nanna and Poppa. Here we are openly mocking the boys by doing baby sign language for "more please". 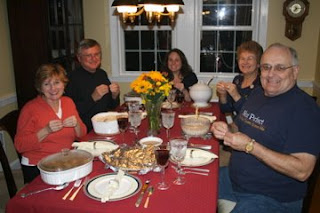 No more bottles (for the boys)

Tonight was the first night that we didn't give the boys their bedtime bottle. We have slowly reduced the number of bottles they take each day over the last few months, as they have started perfecting the sippy cups. We have held onto the bedtime bottle in the routine because they had not been big milk drinkers during the day. In a lot of ways, we still thought of them as preemies that had to drink enough to grow. But in reality, they are big boys now! They are still not huge fans of milk, but they will happily get their calcium from grilled cheeses.

So we celebrated this milestone with a bottle of our own - a bottle of champagne.
Posted by The Bunns at 10:11 PM 2 comments:

We have those kids. I brought the boys to a music class at the library, and while all the other kids sat quietly on their parents' laps, the boys wandered the room, made friends, shared instruments, etc. They did everything but sit in my lap - but they had a great time! They had huge smiles for the second class, and even found the same dad that they played with the first time (his son was none too pleased).

We also brought the boys to the childcare at the YMCA - they played while we worked out. It is a huge playspace for the kids, which the boys loved. Apparently Wes is such a good climber that they had to take his shoes off to give him less traction. He kept climbing up the slide, much to the dismay of all the other kids.

Speaking of climbing, Winston discovered that he could stand on the seat of his riding car. We discovered this when he proudly brought me the hand sanitizer (which he swiped from the top of the cabinet)! Wes decided to mix things up and figured out how to stand inside the seat.

And one last incredibly sweet thing...We pray with the boys before they go to bed. The other night as we ended the prayer, Charlie pulled his blanket from his mouth and said "Amen"!

Wes sitting (not) on the seat 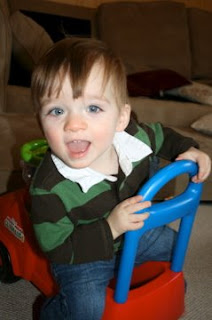 Then he discovered he could stand IN the car 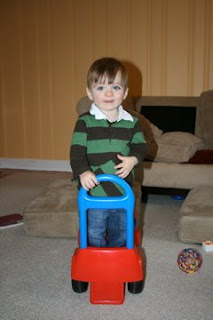 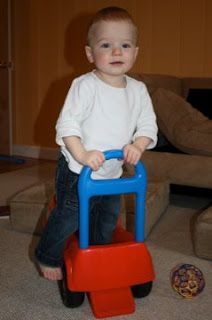 Win pushing Wes around the playroom 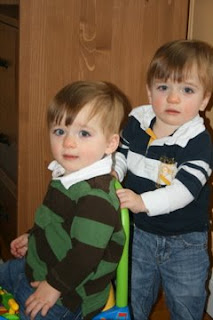 Time to do the laundry! 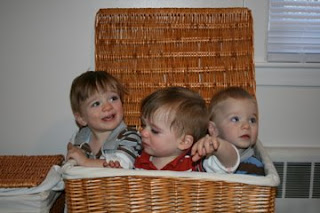 What did you call me?

Some of you may know that we rarely call each other by our given names. Many nicknames are given, and some actually stick. So it is only natural that we have a bunch of nicknames for the boys already. I thought it would be fun to share and also to look back on years from now to see which ones continue on. But for now, if you hear me refer to Stoney, Weserley and Bucks, you know who I'm talking about.

Winston
Win, Winsley (his Win-Wes combo to make sure we got at least half of his name right), Winner (really WinR since his middle name is Robert), Winston Binston, Winny BinBin, Stone, Stoney Bones, Stoney Balogne (often shortened to just Stoney), Stoner Malone, The Brownheads (The Ws: Win & Wes)

Wesley
Wes, Weston (his Win-Wes combo), WeJam (his full name is Wesley James), Weserley, What Are You Eating? (you can always tell he found a piece of food/lint/dirt/spider by looking at his proudly pursed lips), Wesley Besley, Bam Bam, WesMan, The Brownheads (The Ws: Win & Wes)

Charles
Charlie, Chuckles, Chucklie, Bucklie, Charlie Buckle Barley, Bucks, Char-Buckle, C.Bucks, Doodlebug, Chuckle Boo, Boodles (really, every possible variation and combination of any of those), C.Ray (his middle name is Raymond), which then morphed into Crayon (thanks Jamie!)

So cute...
Charlie, Wesley & Win were all holding hands (and loving it) after their snack today. 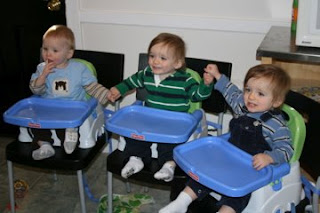 We gave the boys their first haircuts today. I bought haircutting scissors, thinking that this will save us money in the future to cut their hair ourselves. Unfortunately for the boys, I have no experience (or skill, really) cutting hair. The upside is that they are too young to be openly mocked at the playground for uneven bangs. 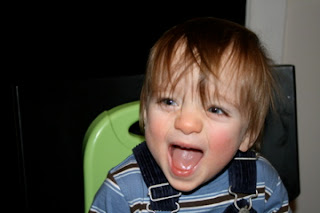 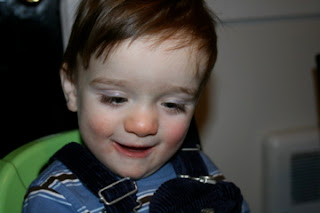 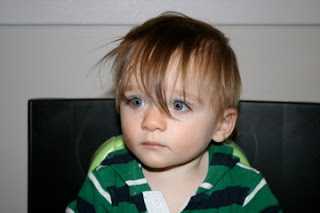 Wesley after: (as you can tell from the tears, he was not pleased with the process...or maybe it was the outcome?) 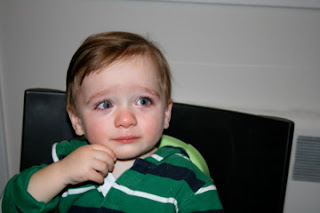 Charlie before and after: (Charlie got an "aircut") 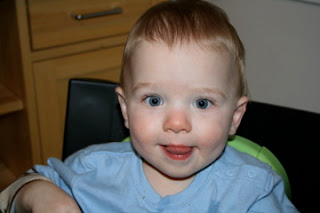