The week I was sick, I searched for low-energy (for me) activities to do with the boys. One morning, I pulled out the paint and paint brushes. Then, to help wash off the paint, I pulled out toy cups which they like to use to practice pouring and drinking water. The kitchen and boys were a mess so I ended up having to bathe all 3 boys (at the same time) by myself all before nap time.
Winston (painted a lovely shade of orange) smacking his puddles 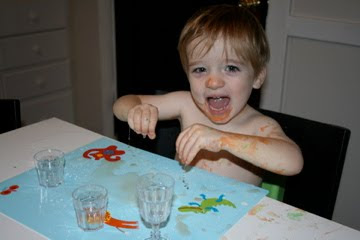 Charlie carefully pouring water (You can't see it but there is yellow paint all over his face and green paint up and down his arms.) 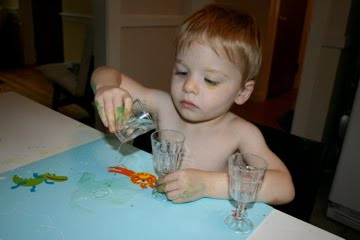 Win and Wes, enjoying themselves 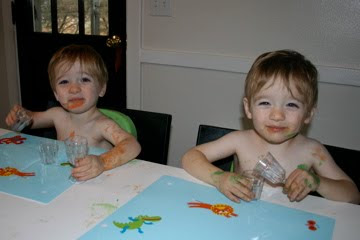 Wesley offering me water. Such a lovely shade of orange and green... 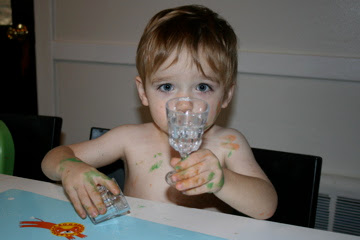 It took the boys 3 whole minutes to turn their playroom into a scene out of Hoarders. A step could not be taken without stepping on a toy. They now refer to the couch as their trampoline and they have learned to strategically throw all of the pillows on the floor as jumping targets. This is the same couch we used to sit on to feed them their 30ml bottles. Oh how things have changed! 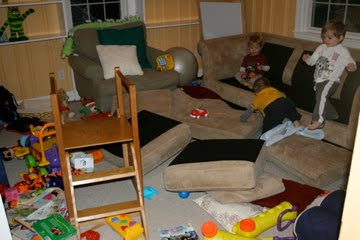 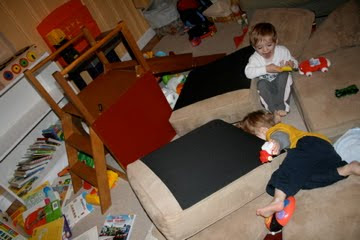 Monday morning is here and I couldn't be happier to start a new week. Last week was one that shall not be repeated. The boys and I have been fighting a cold for what seems to be weeks now. After Halloween, it turned into hacking coughs for all of us. Then by mid-week, the boys and I had come down with pink eye (apparently common when you're fighting a sickness). So calls to the doctors were made, and we started on eye drops. But when I spoke with my doctor, she heard my cough and lack of voice and asked about my other symptoms, and told me to call back Friday morning if they weren't any better. And after another sleepless night due to coughing, I called back the next day to get an appointment to come in. It turned out that I had bronchitis (after ruling out pneumonia and being tested for H1N1), so off to bed I went with antibiotics and robitussin with codeine (each which had horrible side effects). For three days. Rob was so wonderful to take Friday off to care for the boys and be a single parent for the weekend. Thankfully, the boys' coughs got much better on their own.

So I finally emerged from bed on Sunday, feeling slightly better. I walked downstairs to the living room and immediately stepped on something that cause such severe, lasting pain. I looked down and saw a bee attached to my toe!! This would be no big deal, but I'm allergic to bees. So in went the Benadryl. My foot swelled up to the point I could only limp and it was as painful as when I broke my toe. For the entire day.

Talk about a terrible, horrible, no good, very bad day (and week)!
Posted by The Bunns at 8:53 AM 1 comment:

Nanna sent the boys fun Halloween stickers, which they love to play with. I brought them out again yesterday because I'm sick and needed a low-impact activity. I provided paper, crayons and stickers. But the boys had a better idea of what to do with them...
Wesley 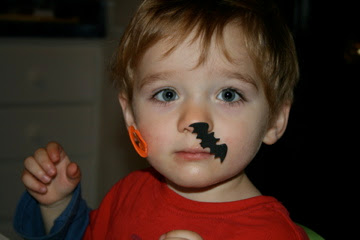 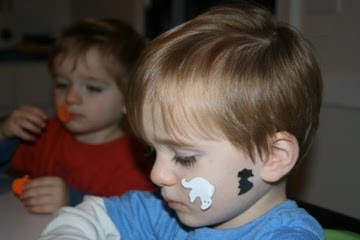 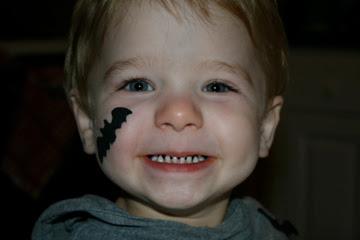 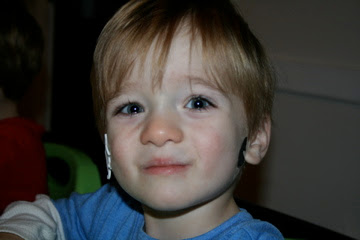 Halloween day was unseasonably warm (especially considering we've already had snow). It was 70 degrees and sunny, so we spent the day playing in the leaves in the backyard. The boys loved it!
Charlie loved it when Poppy threw leaves on him 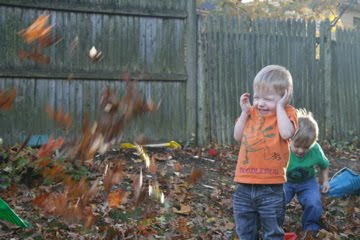 They also loved it when we raked leaves over them 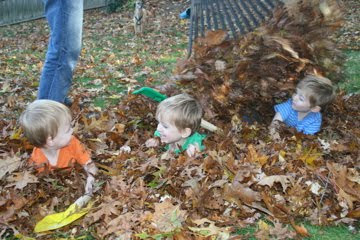 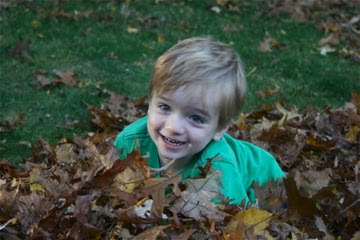 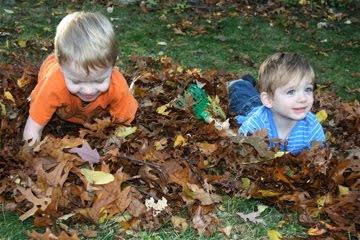 Wesley loved raking the yard with the big rake 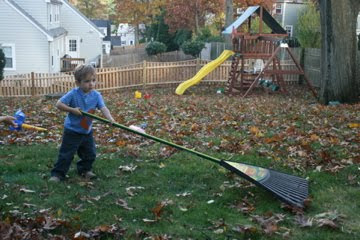 Winston laying on the picnic table 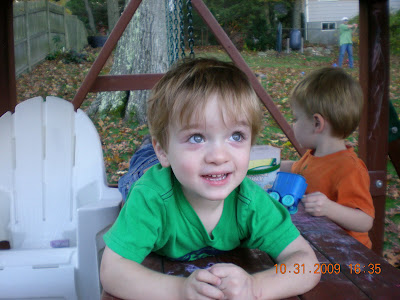 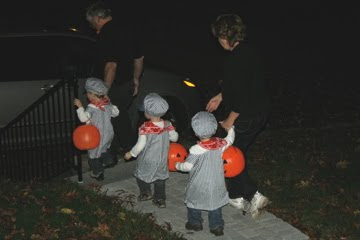 The boys also loved playing with all of the pumpkins. 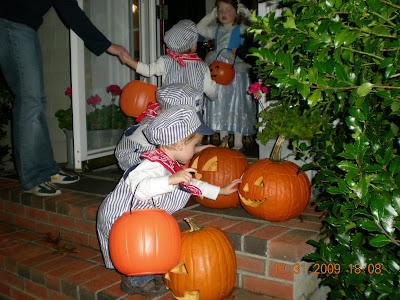